Tips on Travelling to Dijon: You may arrive in Dijon in the context of a trip to the Burgundy wine region, of which the city is the heart.

With about 150,000 inhabitants, and traditionally with an agri-food industry, from the tourist point of view, it was an unknown city and on the route from Paris south through Lyon, travelers used to pass by.

For my part, I admit that until my recent visit, my knowledge of Dijon was associated with its famous mustard. 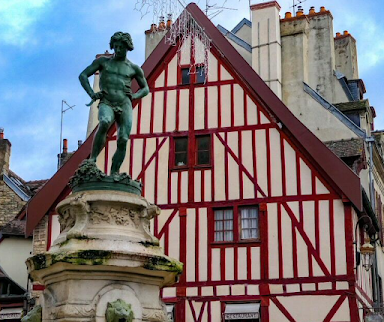 Now more and more people visit Dijon with the initial interest of knowing the Burgundian vineyards’ territory that stretches around the outskirts of the city, largely called for its declaration in 2017 as a World Heritage Site by Unesco.

Curiosities of the History of Dijon

But Dijon itself has a special historical and cultural interest, as a base that was the Duchy of Burgundy, of whose rise I became aware during my also recent trip to the city of Mechelen in Flanders.

Looking ahead to your visit, I anticipate that Dijon has the advantage that its historic center is very easy to visit since everything is very concentrated as a result of its urban configuration that dates back to the first wall of the third century.

Known in the Middle Ages as the City of Hundred Bell Towers for the many churches and convents it houses, its wall had four gates and 33 towers. 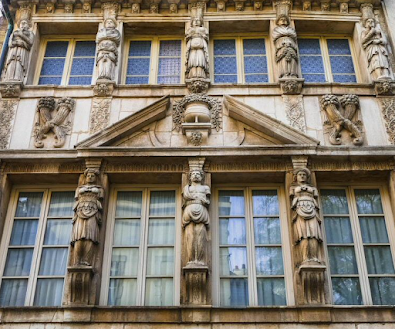 After the arrival of the Parliament in Dijon in the 16th century, numerous manor houses began to be built that make up the most outstanding architectural heritage of this French city.

Now the historic center of Dijon is completely closed to car traffic and small electric minibuses circulate through it, the use of which is free, while you can move around the surrounding streets by tram.

Route of the Owl in Dijon

To visit Dijon, you can sign up for guided tours. Still, if you prefer to do it on your own, the advice is that at the Dijon Tourist Office, ask for the brochure in Spanish called El Recorrido de la Lechuza, which will serve as a guide to follow a tourist route through the city center.

The Owl is a stone figure that you can see on the façade of the the13th-century Notre Dame church, which has been considered the bearer of good luck throughout the centuries.

See also  What Is the Best Travel Bags

The legend says that your wish will be fulfilled if you caress La Lechuza with your left hand. 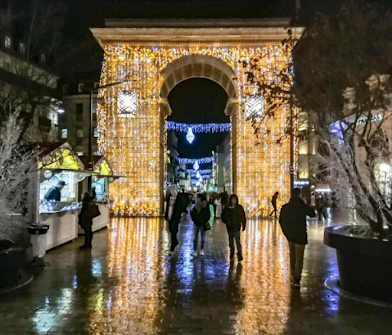 Now it is an iconic image of the city of Dijon, which is used to mark the 22 stages of the tourist route through the most outstanding heritage sites in the historic center.

What to See and Do When Visiting Dijon

Below we are going to indicate some of the most outstanding places that you can see during your walk through the historic center of Dijon.

The historic center’s access will surely be through one of Dijon’s emblematic places, the 18th century Arc de Triomphe known as Guillaume Gate.

Originally this gate was part of the city walls, and when these were demolished at the end of the 19th century, the arch remained as an isolated architectural element.

From there begins the Calle de la Libertad, Dijon’s main commercial axis that leads you to the historic heart of it, which is the Plaza de la Liberacion. 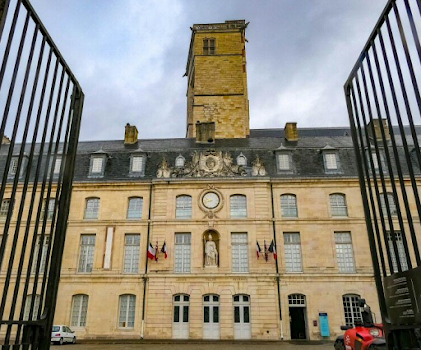 Palace of the Dukes and States of Burgundy

In this wide square is the old Palace of the Dukes of Burgundy, a construction whose origins can be traced back to the time when there was a Gallo-Roman fort in that place.

Rebuilt in 1366 by Philip the Bold, who was the first Duke of Burgundy, this palace became the seat of the duchy.

After the creation of the estates in France from the 16th century, in the following century, a great reform was made with the construction of a new classical-style building in front of the facade of the original palace of the duchy, which has been preserved.

The so-called Palace of the States was completed in the 19th century and is currently occupied by the Dijon City Council and the Museum of Fine Arts. 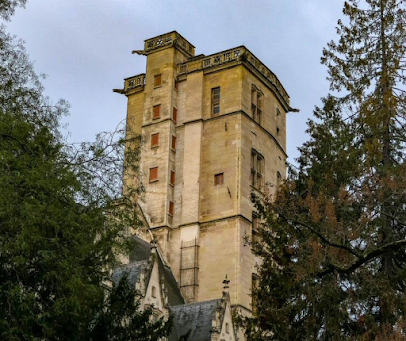 The one known as the Tower of Felipe el Bueno stands next to the Palacio de Los Estados, and at 46 meters, it is the highest in the city.

This tower was built in the 15th century on the base of one of the towers of the first wall of the French city, and it was the expression of the power of the Dukes of Burgundy.

You can climb to the top of the tower to see the best views of Dijon.

Church of Notre Dame in Dijon

Very close to the old Palace of the States is the church of Notre Dame, the most prominent in the city of Dijon, and where the aforementioned stone figure of La Lechuza is located.

Built-in the 13th century, this church shows a very peculiar facade, with rows of fine columns that in a way may remind you of the facade of the Duomo in Pisa. 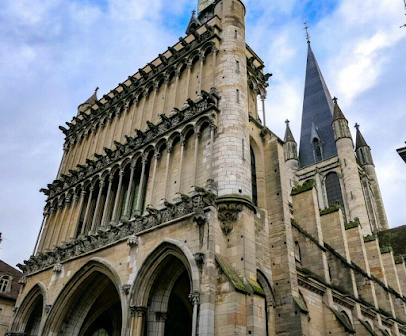 But the elements that stand out the most in this façade are its gargoyles, of which only some originals from the thirteenth century remain, while the rest were sculpted and installed at the end of the nineteenth century.

Another outstanding element is the Jacquemart, a watch that in 1382 was captured by the Duke of Burgundy in the Belgian city of Courtrai, and to which other figures were added over the centuries to the initial figure.

The one known as the Palace of Justice was built in the 16th century as the seat of the Parliament that was established in Dijon with the arrival of the states.

Built-in the Renaissance style, these regional parliaments controlled the power of the king.

This is reflected in the striking decoration of the door of the building in which the naked figure of the French king is seen and with his head bowed, showing in this way that he must have respect for Parliament. 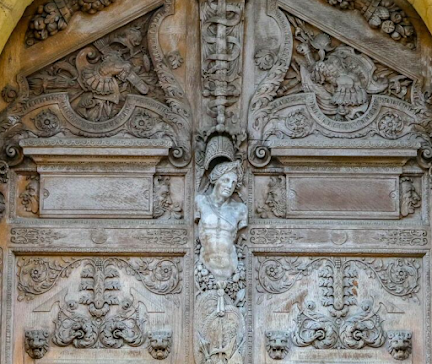 Built outside the old medieval wall, the church of San Miguel was the only one that was not damaged during the Revolution.

The building presents a mixture of architectural styles, so that in the lower part of its facade, there are Gothic elements, while the middle part has a Renaissance influence.

Finally, the two towers are neoclassical in style. 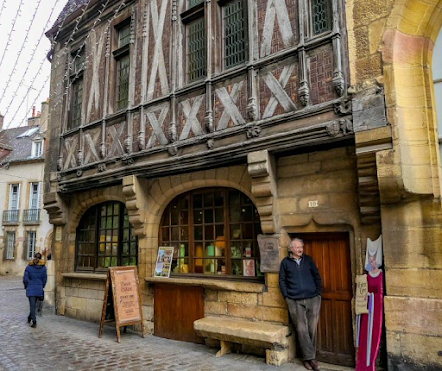 If you want to see a true medieval house in Dijon, that is the Maison Milliere, an original building from 1482 with a half-timbered facade and enameled bricks.

This house maintains the usual structure at the time, with a shop on the ground floor and the craftsman’s home on the upper floor.

Its current owner, Jean Francois, who is very proud of his medieval house, highlights that it has been the setting for the film Cyrano de Bergerac by Gèrard Depardieu.

In the store now, you will find a corner that shows you how this type of half-timbered houses are built, with oak beams, wooden branches and the adobe that is distributed between these branches. 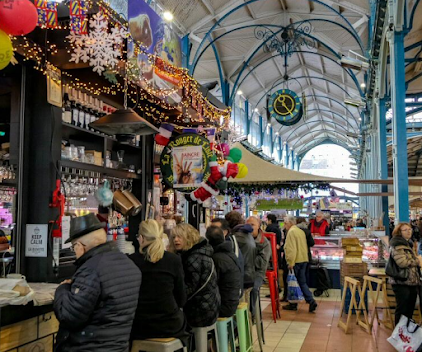 As is usual when I visit a city during travel, in Dijon I could not miss its main market.

Les Halles market is located near the central Calle de la Libertad and occupies a former Jacobin convent’s space in whose cloister already housed a market.

See also  What Is the Best Travel Bags

The market has the characteristic metallic structure of the markets of the early twentieth century, and as a curiosity, I will tell you that for its construction Eiffel, born in Dijon, presented his architectural project, although it was not finally chosen.

The market is open on Tuesdays, Thursdays, Fridays and Saturdays, and in summer on Sunday mornings, it is filled with tables to eat the typical brunch. 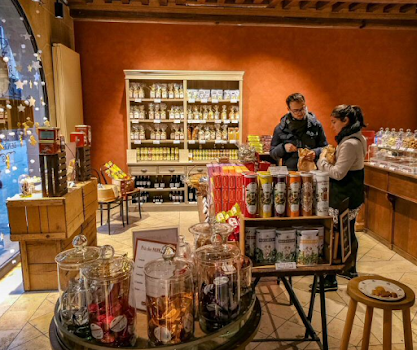 Among its various gastronomic establishments, to highlight Le Gourmet Dijon where they are made and you can taste various specialties of the region.

Dijon is one of those French cities that has as one of its attractions its charming and well-kept shops, where gastronomy and local products occupy a prominent space.

On a walk through its historic center, you can see, for example, the Casa Mulot & Petitjean, a family establishment founded in 1796 dedicated to the production of gingerbread, one of the most emblematic gastronomic products of Dijon.

The famous mustard also takes its place in establishments like Millet, where you find an incredible variety of mustards. 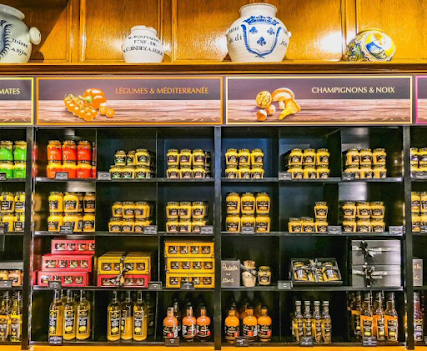 For its part, La Boutique de la Truffle, an establishment founded 50 years ago, tries to transfer the tradition of truffles in Italy to Burgundy.

Another type of outstanding traditional establishment is the Farmacia de la Cruz Blanca, with its charming wooden façade and the offer of its own pharmaceutical preparations inside.

The Bruyas Hat Shop, founded in 1880, still sells the most traditional hats and caps.

And with a much more modern style, you will surely like Bensimon, a home products design store located in an old 19th-century haberdashery that preserves its decorated wooden ceiling. 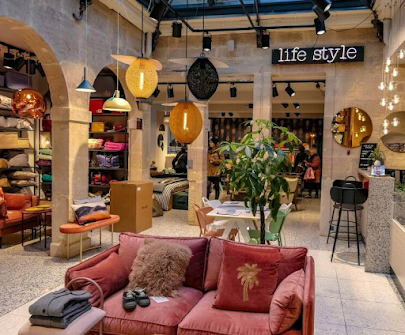 Where to Eat in Dijon

For your visit to Dijon, I am going to suggest two places with a very different style.

For an informal meal with a menu of regional dishes, the Puerta Guillaume Restaurant, in front of the aforementioned Arc de Triomphe.

And to taste Burgundy wines in the city itself, what better than the Wine bar Dr Wine, an informative tavern located in a 17th-century mansion very almost opposite the Notre Dame church, where you will taste tapas of local specialties accompanied by such wines.

Snails, cooked ham or shredded meat in a wine sauce are some of those gastronomic specialties. 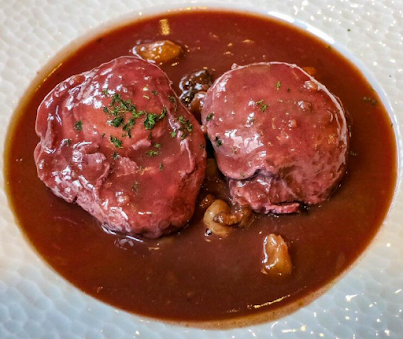 Given the wine region’s characteristics, the best way to get to know Burgundy wines is by signing up for one of the various guided tours like the one I participated in.